The below error screen will appear during installation process, the fix is very simple step we need to configure the SSRS database, below screens are self explanatory. 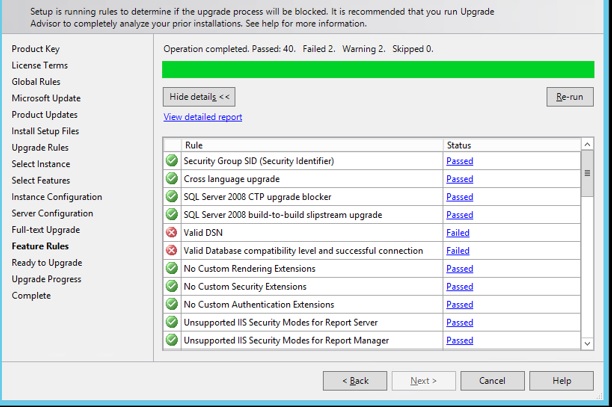 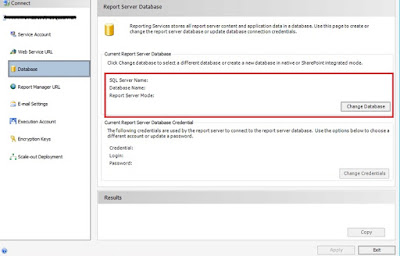 Once its configured we can see below screen. 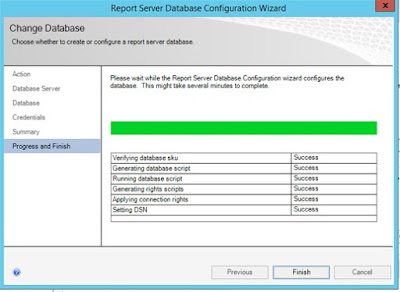 Re-run the rules and it should go through. 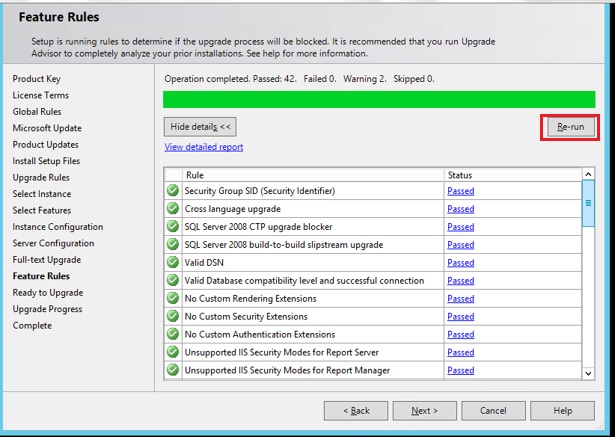 By PRADYOTHANA - February 18, 2020 No comments:
Email ThisBlogThis!Share to TwitterShare to FacebookShare to Pinterest

Below is the error screen we receive when the SQL Server SP3 Fails, please follow below steps to resolve the issue. 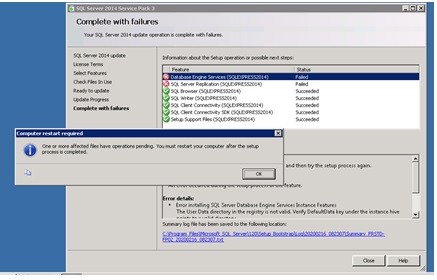 Step3: If there is no DefaultDATA and DefaultLog entries, please add with the path of DATA and Log Files. If exists please verify the location details and correct it.


By PRADYOTHANA - February 17, 2020 No comments:
Email ThisBlogThis!Share to TwitterShare to FacebookShare to Pinterest

What's the difference in a GDR, a Cumulative Update, CTP, RC, and a Service Pack?

CTP:
Microsoft changed the terminology for SQL Server pre-releases.
They are now referred to as CTPs (Community Technology Previews).

RC:
As the product enters it's final stages before release, the feature set is complete and the product is undergoing final testing, it's called an RC (Release Candidate).

GA:
After a product has undergone significant testing and it's determined that no more changes will be made to the product before release, it's sometimes said that the product has gone golden. It's also called a GA (General Availability) release.

RTM:
Once the bits been turned over to a company to mass produce the media (CDs, DVDs, etc), it's RTM'd (Released To Manufacturing).

GDR:
Over time, Hot Fixes are created by the dev team to address specific product issues affecting certain customers. Sometimes the issue is so wide spread, a GDR (General Distribution Release) is issued so that all customers will receive the updates.


CU:
CU (Cumulative Update) is created that contains all of the applicable hot fixes.

SP:
Once a large enough collection of changes have been gathered, an SP (Service Pack) will be issued.

An Incremental Servicing Model is available from the SQL Server team to deliver hotfixes for reported problems:

Going ahead we need to apply only CU to SQL Server to bring the system into servicing support cycle.

EXECUTE permission was denied on the object 'sp_enable_sql_debug'

The SQL code was failing for one DB User with DBO permissions on the databases it was accessing.

Problem: There was one stored procedure under database DB1 at some point it used to call other stored procedures from DB2. This caused failure when tried to analyse the issue using DEBUG method.

SOLUTION: Its fixed for us by doing following changes at code and DB level.


By PRADYOTHANA - March 01, 2019 No comments:
Email ThisBlogThis!Share to TwitterShare to FacebookShare to Pinterest

There is a change from Microsoft in the servicing model, going ahead from SQL 2017 there will No Service Packs.
Any vulnerabilities hotfixes will be roll out on need basis and issues will be addressed only through CU and GDR.

Going ahead we need to apply only CU to SQL Server to bring the system into servicing support cycle. J

By PRADYOTHANA - October 26, 2018 No comments:
Email ThisBlogThis!Share to TwitterShare to FacebookShare to Pinterest
Older Posts Home
Subscribe to: Posts (Atom)